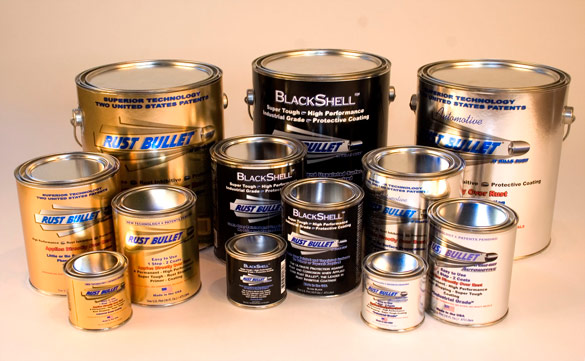 Rust has been a problem which humanity has been fighting since the dawn of the Iron Age. Although various prevention strategies have been discovered and developed, they all had flaws and short comings that limited their usefulness. They were either very complicated to apply, required multiple steps with a highly trained work force and ideal working conditions, or they were simple to apply but didn’t work very well or last very long. Rust Bullet® is a simple, easy to apply, rust/corrosion control product that is more effective on both clean metal and rusty metal than any other (in the field use) product on the market. The phenomenal results achieved after years of refinement and three years of extensive scientific testing, along with two (2) United States Patents awarded by the United States Patent and Trademark Office confirms Rust Bullet® is the best rust/corrosion control product on the market.