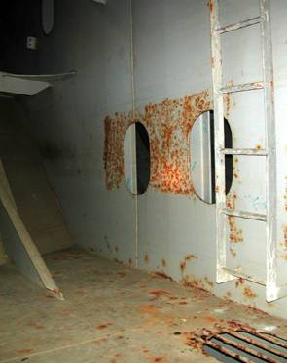 Arguably the biggest enemy of boats and vessels is rust. The constant corrosion / rust costs billions of dollars to ships around the world. While standard rust prevention methods such as synthetic paints are the most commonplace today, there is a new natural compound recently developed in India that may change everything. For the ship building and roof building industries in Australia, this new compound may introduce a cheaper, more effective, and environmentally friendly prevention method for rust.

A team of scientists in India have created a compound that comes from the leaf of the mango tree which prevents ships along with roofs from rusting. The leaf contains antioxidant properties that can resist corrosion for longer periods compared to traditional synthetic paints that are made from petroleum products.

The compound itself is part of an epoxy that uses the extracts from the mango leaf to prevent 99% of corrosion in standard commercial steel. Commercial steel is used to build ships and in several other industries. What makes this development so crucial is that the organometallic compounds have a metal bonding feature which not only helps them stick to the surface but are also insoluble which resists in influx of water.

It should be noted that research into plants with their phytochemicals that help prevent corrosion is nothing new. Ginger root extract along the palm seed extract are two other substances that have shown promise in terms of preventing rust from forming along the surfaces of commercial steel. Extracts of seaweed, horse mint, and a hybrid of chicory and zinc have also been promising.

The Future of Rust Prevention

With all the promise that this new technology brings, the only results have been in the lab. This means that further testing will have to be made to determine if this new compound lives up to the promise. For one thing, the durability of the mango extract will have to be tested in real-life conditions. The addition of wind, waves, and other elements that cannot be simulated in the lab will help determine its effectiveness.

The current method that has been developed is known as dip-coating. How strong this method is compared to what is used to apply standard synthetic paints will need to be tested. What can be said is that the mango extract does seem to be environmentally friendly which is a big plus compared to the petroleum-based products. 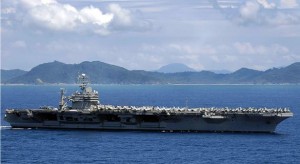 What is holding back widespread testing so far is the expense of the process in creating the extract and combining it with an epoxy. Protecting the earth and ocean is just as important as protecting the ships, roofs, and other products made from commercial steel. In addition, how the extract works with other types of metals that are subject to corrosion will also need to be tested.

For the ship and roof building industries in Australia, rust prevention is crucial to the process. This means the introduction of new materials and methods that work better than petroleum-based synthetic paints which need to be reapplied frequently and create an environmental hazard.