Rust is a problem that we all have to deal with, whether it be with the vehicles we drive or with the equipment that we use around the home. We are all consumed with corrosion, to the point where we now simply believe that the first sign of rust is an indication that the equipment we are using is now in its death throes. If you see this as a potentially expensive problem in your home, just imagine how costly it must be for commercial enterprises who are surrounded by steel. They cannot simply afford to ditch equipment and buildings at the first sign of rust and corrosion, which is why they seek industrial rust protection. 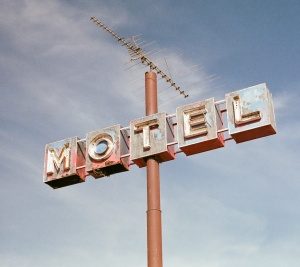 This is a very real issue for commercial enterprises, as it has been calculated that rust can account for over $275 billion in losses every single year. Part of the problem here is that some businesses wait until their corrosion issue is too far gone to fix as opposed to investing in a protection program that could potentially save them a boatload of money. The good news is that Rust Bullet is an affordable, easy to use solution that could very easily have a positive impact on those industries that have issues with corrosion.

The first thing that needs to be done is to convince companies that there is in fact a solution to their corrosion issues. This includes making them aware that the solution in question is not one that is going to break the bank. In fact, when compared to the financial losses that we discussed earlier in this piece, the cost of industrial rust protection amounts to little more than a drop in the ocean. Once they see the money that can be saved by being proactive with rust protection, they can then move on to the next step in making it happen.

It is here where companies need to change the way they do things, which includes changing policies and standards when it comes to managing corrosion. They can then train employees all about corrosion control, making them aware of the positive impact that it will have on the company as a whole. It stands to reason that a company that takes less of a financial hit from corrosion may have more money in the coffers for those employees. Training would essentially then pay for itself thanks to the money being saved through rust protection practices put in place.

Once these practices have been put in place, companies will be better able to predict where rust protection is specifically needed, which is the best way to be proactive and ensure that there is very little in the way of losses over an extended period of time. Rust Bullet makes it easy to put a protection plan in place, and the fact that the US Navy uses this product should be a sign that it works like a charm.

This video is proves Rust Bullet