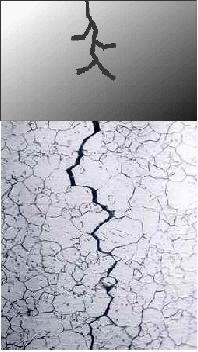 There is little reason to dwell on the importance of keeping your tank safe from corrosion, it’s a more marketable and cheaper alternative compared to replacing a tank every fiscal year, it’s as simple as that. That is not to mention the obvious need to meet up to regulatory standards while holding a firm grip over product volume by protecting against the perceived inevitable leaks that is a common expectation when dealing with fluids. Although, unlike our predecessors, we have the choice between continual replacement and where knowledge has evolved to: corrosion prevention, a case of Ethanol (the inhibitor against greenhouse gases and carbon fuels now introduced in most fuels) is brought forward. However, due to its very pronounced influence on corrosion, the time between replacements has drastically been reduced. In that, the choice of approach seems to have been made for us.

No, the issue worth discussing is the type of industrial corrosion prevention method to be adopted. Corrosion under insulation in particular, a failure in fortification against water infiltration when pipelines are used, has long been a source of concern. The sheer average of possibility of losing product or having emergency down-times because of corrosion related issues is staggering and treacherous. Treacherous in the sense that these issues can occur but allowed to foster until the eventual failure of the tank or the occasional inspection is scheduled. Unfortunately, both dealing with the eventual consequences of CUI and CUI inspections are pricey procedures.

Fortuitously, tank owners can easily dodge this bullet by making slight tweaks in their choice corrosion techniques. Also, by making these changes, they can exponentially improve the service life of the tanks and pipes, ensure safety, eliminate downtime and maintenance costs.

While many might cling to the traditional rubber and polymer paint-type method for fortification against water infiltration, its advantage over persistent tank replacement is starting to converge. Why? The traditional rubber and polymer paint-type method work by creating corporeal walls to separate the elements of corrosion (water and oxygen) from the body of the tank. However, these methods have a few flaws, they immediately work against their intended function once scratched or breached, they house the elements of corrosion within the tank directly between the barriers and the steel substrates.

This clearly surpasses the abilities of the relatively fragile physical barrier coatings, and this evaluation is considering premium barrier coating types that can mechanically bond to the substrates. This is because, irrespective of this, if the tank is physically ‘injured’, the elements of corrosion, moisture and oxygen, will find their way to work towards corroding the vessel. Instead, after a substrate is chemically bonded, an alloy of stable oxides is simultaneously created. This stable alloy, like inert elements like silver and platinum become free of interaction with the environment. With this constitution, they are dramatically less likely to corrode compared to the physical barrier coating types. As a matter of fact, observations of the chemical bonds of CBPCs using electron microscope photographs have yielded that because the bonds between substrate and their protectors are chemical rather than mechanical, they leave no spaces for the elements of corrosion to exploit. This means that unlike physical barrier coatings, even when the steel asset gets a scratch or more, the moisture would be unable to move past the scratch, which will successfully curtail the possibility of corrosion sneaking in. So, we can put our minds at ease, since Chemically Bonded Phosphate Ceramics have us covered when it comes to atmospheric corrosions (no pun intended).

Reduced Need for and Cost of Regular Inspection

An observation by Merrick Alpert, President of EonCoat is that “CUI is the silent killer, the insulation creates a terrarium on the steel in which corrosion is guaranteed to occur if traditional coatings are used. And the insulation then hides the corrosion from being detected until it’s too late.”

This statement indirectly highlights the second flaw in using physical barrier type of coatings, they require regular inspection to ascertain their integrity and remedy any crisis. Of course, a procedure so delicate requires the most experienced of personnel and the most exclusive tools, which never comes at anything less than expensive. Even though it does not eliminate the risk of corrosion. On the other hand, CBPCs reduce these costs while guaranteeing a better range of use even in regions with inevitable exposure to water, high temperatures, abrasion, impact or chemicals.

Arguably the best gift of CBPCs is the minimal service downtime period the method offers. By cutting down on the intensity of surface preparation required, removing the need of an intermediate coat and speeding up curing time, CBPCs save the most time with anti-corrosion projects. For instance, the archetypal corrosion coating method would require close-to-white metal blast cleaning (NACE 2/SSPC-SP 10) to adequately prepare the exterior. With ceramic coating, all that is required is a NACE 3/SSPC-SP 6 commercial blast. Also, with typical coatings, wide-ranging surface prep is compulsory and it must be done slowly to prevent surface oxidation, commonly known as ‘flash rust’, which would then require re-blasting. Needless to say, CBPCs have no such issues due to the present of iron in the rust that plays a hand in forming the rust that protects the substrate.

With CBPC coatings, a single coat might be all that is required, which would mean almost no curing time compared to the days and weeks alternative means might require. All in all, with CBPCs, the future is cheaper, smoother in transition and longer lasting. What a time to be a tank owner.