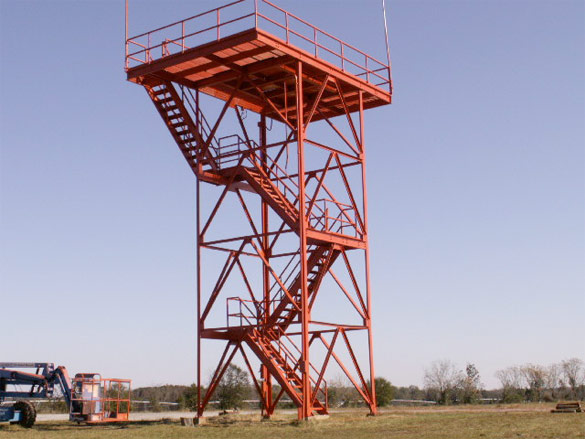 I am writing regarding our successful completion of the project we did for the Army at an aircraft training facility near Louisville, Alabama. This steel air traffic control structure had been essentially neglected for several years and our firm was selected to prepare the surface, then prime it, and re-paint. The existing paint showed signs of severe Rust-through in some areas, and needed to be stripped down to the metal; in other areas the paint had withstood the elements very well and maintained a surprising level of adhesion. In these areas, we only needed to clean the surface and scuff it up thoroughly prior to applying Rust Bullet.

Due to the remote locaiton of this project and the difficult logistics associated with it, we wanted to make sure that we did not experience any callbacks from the client. We needed the job done right one time, the first time. For this reason, we chose Rust Bullet as our material of choice to prep the surface of the steel structure and secure it prior to top coating.

We originally intended to spray on Rust Bullet. However, as usually happens in remote locaitons very far from home with short time lines for completion, the weather refused to cooperate! The day we were schedul to begin the Rust Bullet application, our men were greeted with high winds and low air temps. Thus, plan “B” was activated; we did it the old fashioned way – with brushes and rollers! And while this was not the way we would have chosen to apply Rust Bullet on a structure with this much challenging surface area, the coverage and adhesion provided by Rust Bullet was fantastic. Having limited experience with your product, I was completely amazed at how Rust Bullet seemed to grip and encapsulate the surface. It became apparent very quickly that this was going to be an amazing job with terrific results! The pictures speak for themselves.

I look forward to using and recommending Rust Bullet on all of our future projects. 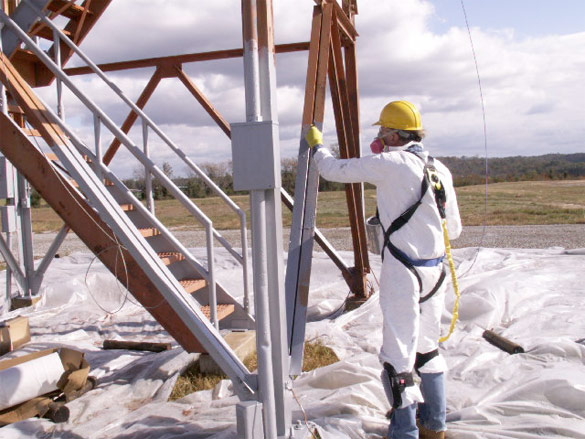 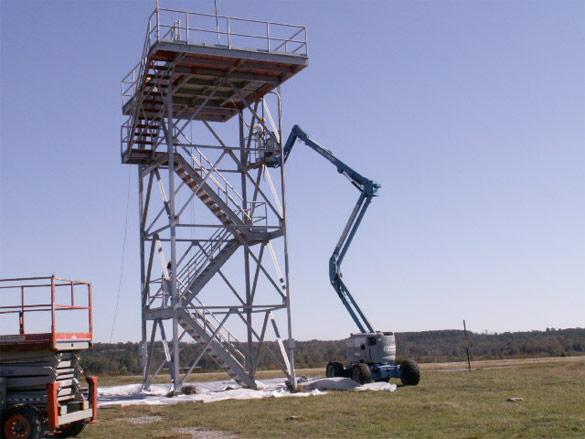