You are here: Home / Australia / Rust Bullet vs. POR-15 and Rust-oleum

Rust Bullet is proud to inform its customers that its products have been awarded unprecedented two patents for its superior technology and environmental friendly rust preventive products. 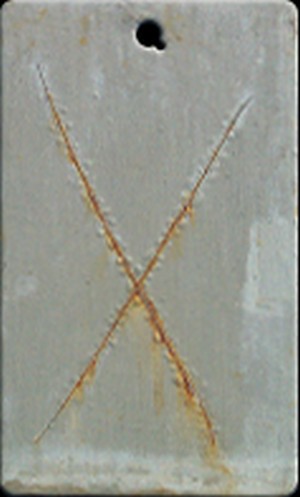 The combination of humidity, salt, and neglect may cause the build-up of rust to the frame of your vehicle. You will want to catch the rust early, so it does not damage your car or truck. While no solution is perfect, there are ways to address the issue before it gets out of control. This means getting the right tools and choosing between Rust Bullet vs. Rust-oleum or POR-15 Australia to remove the rust build-up.

You will need to scrape away as much rust as you can from the metal surfaces. Be sure to wear eye protection as the rust particles can be quite small. A mask to prevent the rust from entering the lungs and gloves to protect your hands are also highly recommended. Start by lightly scraping away the rust using the appropriate tools. Gradually increase the force used to get to the surface of the metal without doing damage.

Of course, you will need the right rust-removing product that will clean away the oxidation, so you can apply a new undercoat or paint that will seal the metal and protect it from further rust damage.

To compare both products, it’s important to understand what each one of them does, so you can get the most out of them.

Rust Bullet is a highly touted product that covers the rust with little to no preparation. Its adhesive abilities mean that it can stick to the surface and offers UV resistance for longer lasting effect. You do not need a topcoat when using Rust Bullet.

Rust-oleum essentially does the same thing, converts the rust or a paintable surface in under 15 minutes after application. While you do not have to paint it over once Rust-oleum is applied, it is recommended that you do for maximum effect. There is no odour with Rust-oleum which is a plus and it’s inexpensive.

The better choice will depend on how you use the product. Rust Bullet is more expensive, but somewhat easier to use. You do not need a topcoat thanks to the UV protection, and you do not need to prepare the surface, although removing the loose rust particles is recommended. Rust-oleum is arguably not as effective since a topcoat is highly recommended, but it is less expensive and does provide good protection.

POR-15 Australia is rust-preventative coating that seals the metal from exposure to moisture. Two or three coats should do the trick once the rust has been removed. Removing the rust yourself is not easy, but when you use the right tools, rust remover, and rust preventative coating such as POR-15 Australia, then you can prevent further damage from occurring. Contact Stephen.