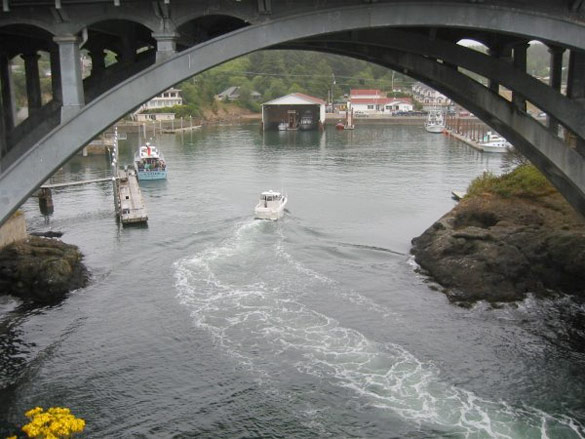 Scroll Down to see entire sewer pump coated with Rust Bullet Standard Formula after 30 months of submersible service at the Depoe Bay WWTP.

Depoe Bay is a city in Lincoln County, Oregon, United States, located on U.S. Route 101 next to the Pacific Ocean. The bay of the same name is a six-acre (24,000 m²) harbor that the city promotes as the world’s smallest bay. Depoe Bay is fortunate to have a resident pod of grey whales which makes its home here 10 months out of the year drawing visitors from around the globe to whale watch. Maintaining the stability of the ecology is vital to the preservation of wildlife and the tourist industry. The Waste Water Treatment Plant plays an important role in the maintenance of this eco-system. Chosing Rust Bullet Standard Formula to protect and preserve the pumps was a decision that proved to be an excellent one.

Here is additional information and photographs of the pumps coated with Rust Bullet Standard Formula. We have a total of 16 submersible pumps that we work with. The pumps came from the factory painted before they ship them to us. After about 1 year of service rust starts to show up on the pumps. We then found Rust Bullet and started using it on our pumps. As of now (April 2010) we have pumps that have been in service in the sewer lift stations for over 30 months (2.5 years!) and they do not show any rust. Thank you for such a great product.