You are here: Home / Australia / Rust protection for utes cars and SUVs 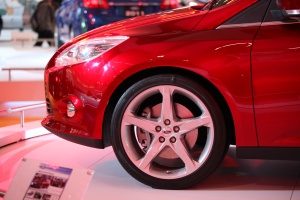 When you set out to buy a new vehicle, there is a certain expectation that the car you are buying will have been built to last as long as possible. This includes the build of the engine, the chassis, and all the other parts that go towards making a quality vehicle. One of the ways that vehicles are built to last is by making sure that some level of rust protection is added to prevent against rust in utes, pickup trucks, cars, and SUV’s. This is something that automakers usually always do, but there are some vehicles that slip through the cracks.

One such mistake has proven to be very costly indeed for Toyota, as they are going to have to pay out in the region of $US 3.4 billion to customers that had purchased Toyota pickup trucks, utes and SUV’s with inadequate rust protection. It was discovered that the lack of adequate protection was so bad that it could potentially lead to the structural integrity of the vehicles in question becoming compromised. When that happens, you are looking at possibly having a lot of vehicles on the road that are in danger of essentially falling apart at any given time.

Three different vehicles in the Toyota line-up were affected by the lack of rust protection, and many of them have already been on the road for a number of years. Tacoma trucks from model years 2005 to 2010 were affected, as were Sequoias from 2005 to 2008, and Tundra’s from model years 2007 and 2008. All in all, around 1.5 million total vehicles were affected, and a large portion of the costs paid out by Toyota were for inspections on those vehicles, as well as potential frame replacements and reimbursements to owners who had already been forced to replace their frames. 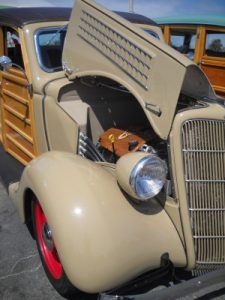 As you might expect from a settlement of this size and magnitude, part of the agreement is that Toyota does not accept any type of liability or wrongdoing, and are merely settling so that their customers can see that they are operating in good faith. It certainly does stand to reason that a company as experienced and renowned as Toyota would not willingly go out of their way to deliver a sub-standard product, but it should also make you aware that mistakes can be made.

If you drive a ute, truck or an SUV, there is a better than average chance that your vehicle will be taking roads less traveled, and may be subjected to conditions that other vehicles are not. This is where you need that extra level of protection, and this story is proof that relying on the automaker to deliver that is not always the best idea. It never hurts to add your own level of rust protection when you get a new car, and a product like Rust Bullet is the perfect solution. This is a product that the US Navy relies on, so it’s fair to say that it will serve as an better than adequate form of rust protection for your pickup trucks, cars, and SUV’s.