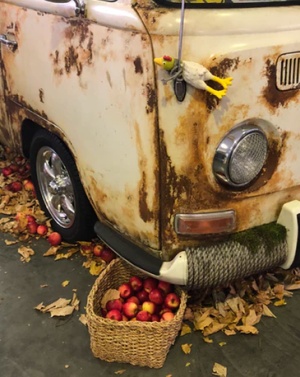 Living in Australia, it does not take long to understand that value of car rust protection Australian residents deal with every day. The combination of warm temperatures and the nearby ocean with the humidity it generates means that the metal on vehicles can start to rust rapidly unless you protect your cars and trucks from rust.

For many residents, the electronic corrosion protection units are falling out of favour compared to spray treatments. While such treatments have been around for decades, their effectiveness is still quite impressive when applied annually. Of course, it helps if you have a professional apply the treatment and that you do it during the right time of the year.

When to Rust Protect Your Vehicle?

The two best times to apply car rust protection is the early spring and the late autumn. Both times of the year offer the least humidity which makes them perfect to apply a new treatment. In addition, waiting until the late spring or summer months means that the heat will remove some of the treatment, so you’ll want to do it during the cool time of the year.

In addition, the summer brings greater humidity and wet roads which in turn adds more grit to the underside of your vehicle. The more grit that is present, the more likely rust will start to take hold. That’s why having a professional spray the undercarriage fully is the best way to help avoid potential rust issues in places that are difficult to access.

Which Rust-Proofing Method to Use

It is not just spraying on the car rust protection it is method used that makes the difference. The two most popular methods are the following;

Getting at the interior is important because rust develops best in environments that are closed and humid. But the cost difference is why many choose using the existing holes which may not provide full coverage. While removing the inner trim panels is far more time consuming and costly, even though more effective.

All this should not overlook the value of covering the exterior. A paint chip, scratch, or dent can be the starting point for rust building up. Keep in mind that many factory or aftermarket treatment companies will not cover such places as part of their warranty. So, be mindful of any scratch, dent, or paint chip that appears on your vehicle.

Consider purchasing a touch-up pen. This is a small device that will touch up the colour of the paint that has been scratched or removed because of a paint chip. Keeping a touch up pen in your vehicle and using it when you first see such damage may prevent the rust from starting in that location.

If you are interested in extending the life of your vehicle, getting car rust protection Australian residents appreciate will go a long way toward preserving the body and frame of your car or truck. Be sure to have the protection applied by a professional. And, have the service performed during the early spring or late autumn when it can be most effective.