There is a lot of hard work done when constructing boats and ships to make sure that they are safe and protected from the elements in Australia and New Zealand. Rust protection is just one of the many tasks that are performed by the men and women who build the steel ships that take to the sea for a variety of different important tasks. The question that is now being asked by the labour organisations in Australia, who oversee these workers is why the same level of protection placed on ships is not in place for the people who construct them. In particular, they are looking at the amount of toxic beryllium that workers are exposed to during the construction process. 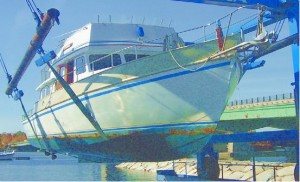 The federal government in, has finally made changes to the beryllium exposure legislation that has been in place since way back in the 1970’s. What makes this slow change all the more galling is that the measures that were put in place back then were done so using research data that was gathered in the 1940’s. It’s certainly safe to say that we now know a whole lot more about beryllium and the effects it has on people. This is a change that is long overdue, but is one that the labour groups from Australia and New Zealand, don’t believe goes quite far enough.

Part of the problem with this new change, which would see beryllium exposure reduced by as much as 90%, is that there is a fear that it will not be applied to the construction and maritime industries. Ship builders in New Zealand are still concerned about the beryllium produced from a blasting agent used in the construction process, and they feel that there is a much safer alternative out there. They want to test run a blasting agent that employs glass, which they feel is a whole lot less harmful than the current agent being used.

There are some who don’t believe that the proposed changes are necessary, and that they could in fact have a negative impact on certain industries. The Non-Ferrous Founders’ Society (NFFS) are leading that charge, as their claim is that the numbers of people negatively affected by beryllium over the years does not constitute such a sweeping change in the legislation. That is not a view shared by the United Steelworkers, as they would actually like to see the number proposed by the federal government go lower still. 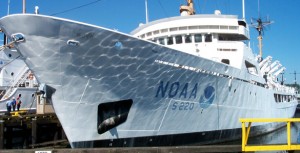 There is still some work to be done and research numbers to be gone over before all of this is made final. It is believed that there will be a more concrete decision in place sometime in May, but regardless of the result, it will not change the fact that ship builders in Australia and New Zealand, want to steer clear of the beryllium dust and go with a blasting agent that they believe to be that much safer. As we said at the start of this piece, we need to be looking at protecting these trade peoples in the same way that rust protection helps maintain a ship once it is at sea.