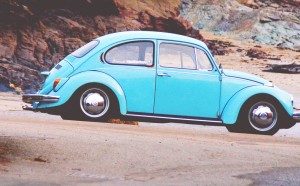 For a car to stand the test of time, you really need to put in a little bit of work to make it happen. Regular maintenance is an absolute must, as is protecting your vehicle from the element that you have to face on a daily basis. In Australia, protection against the elements can be tougher than in a lot of other places. This is particularly true for people who live in areas of extreme heat, or who have decided to set up their home on the coast. For that latter group, car rust proofing is essential.

With that in mind, you would not believe that a car which dates back to 1974 would ever be one that would still be around to stand the test of time were it not given the TLC treatment. Try telling that to the people who will be bidding on a 1974 VW Beetle 1303, as this one might be set to be sold for as much as $45,000. You really have to see this car to believe it, as it has been able to stand the test of time for so long because the owner reportedly took the time to rust proof it back when it was first delivered. 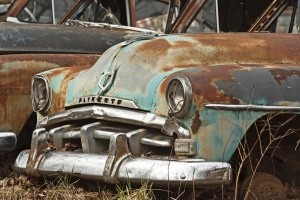 The story of how the Beetle came to be in this shape is an incredibly interesting one, and it all begins with an old man who needed a reliable ride to church. It was a short trip back and forth, but one that he wasn’t really up to taking without reliable transport. He took possession of the VW Beetle as new, and immediately set about making sure the car was rustproofed. Over the course of the next 4 years, he used the vehicle sparingly, and only actually put a total of 56 miles on the odometer. Once h became too frail to drive, the vehicle was put out to pasture.

A vehicle that has remained unused that long generally starts to fall apart pretty quickly, but other than a few aesthetic tweaks prior to auction, this thing is in pristine condition. Not only does it still have all its original parts, it also still has the same oil in there that was used back when the car was first delivered to the elderly gentleman. It’s an amazing story, and one that really does show the importance of protecting your car from the elements.

We are not saying that you are going to have a perfect vehicle 40 years from now if you rust proof it today, but you can guarantee that it will have a longer life than those vehicles riding around with no such protection. Cars are generally not built to last this long, but you can definitely push them beyond their expected life cycle by taking the time to look after them. Rust corrosion protection is a good place to start when you are talking about maintaining the integrity of your car.